Up to this day the water supply of the village consists of villagers transporting buckets and cans filled with water from the river, a few hundred meters away, to the village. Several attempts have been made to install a tank, a water system and a pump in order to supply for fresh water in a less cumbersome way. The tank is built on an elevated position close to the orphanage and the nursery school. For some short periods this system worked properly and the rush to the water taps close to the complex of buildings was enormous. Such a system however turns out to be very vulnerable. Until now we didn’t succeed in stabilizing this
system. Very recently a new pump has been installed and we are hoping to create a better water supply system in the near future. This new pump works on electricity. For the earlier one diesel had to be used, maybe this being responsible for the non-reliability. The government is planning also to create boreholes. To be continued. 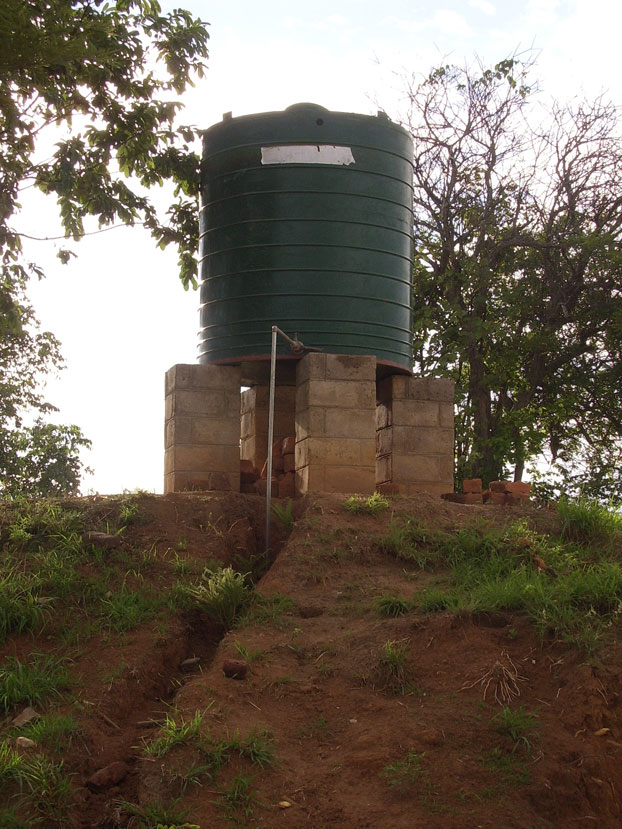 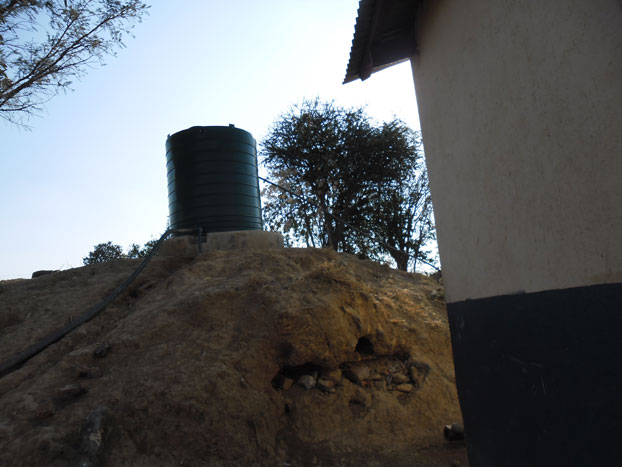 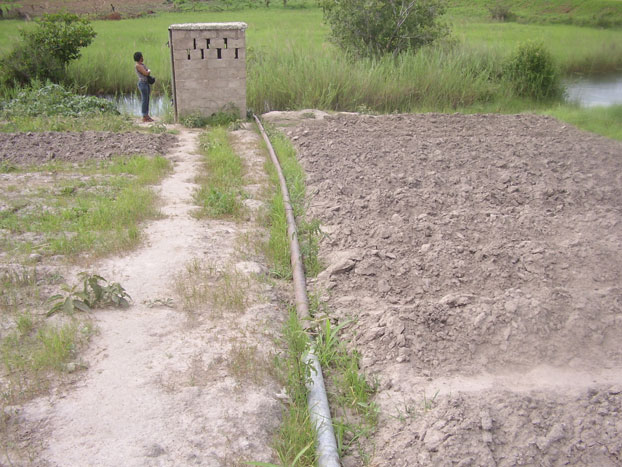 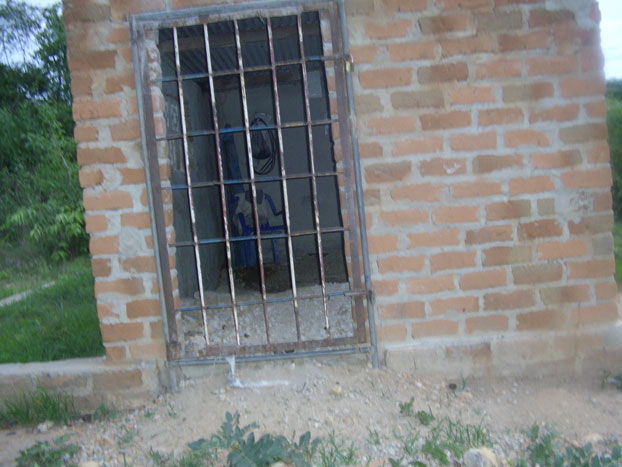 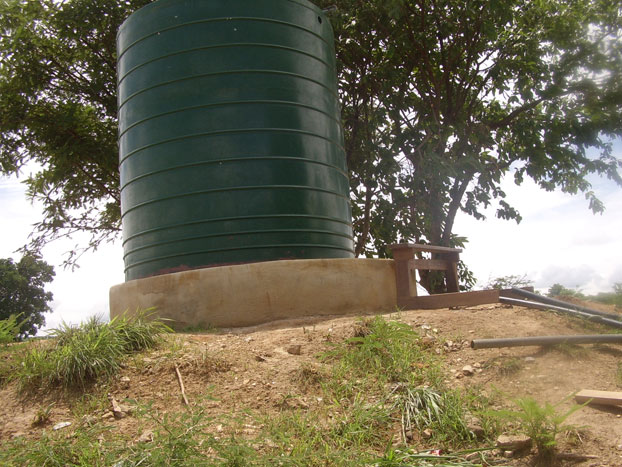 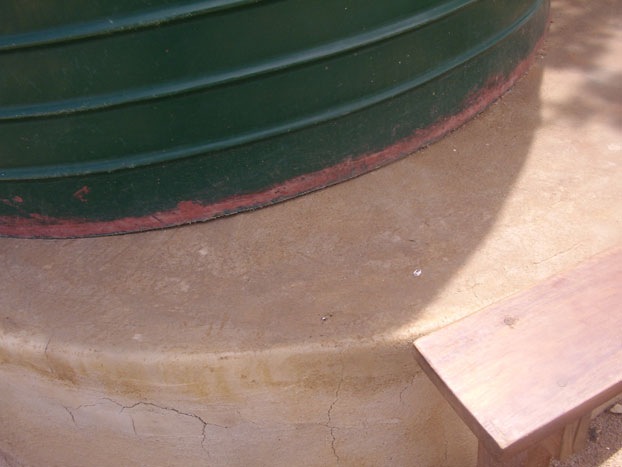 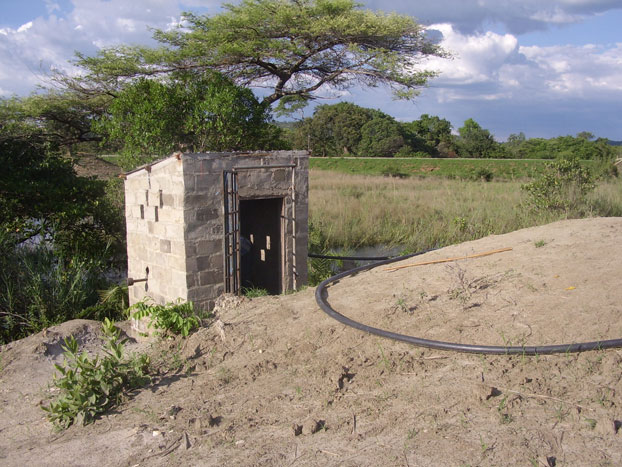 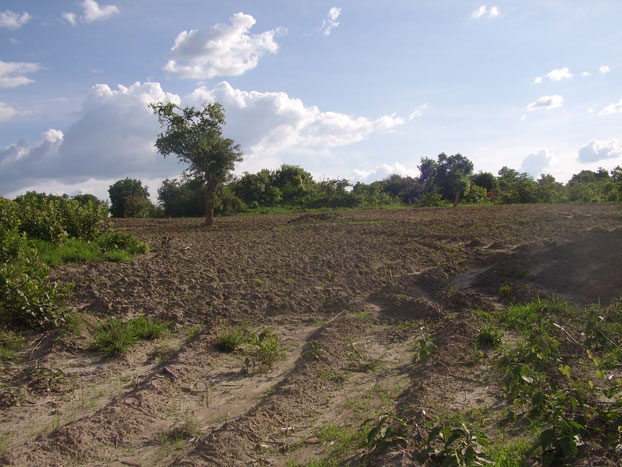 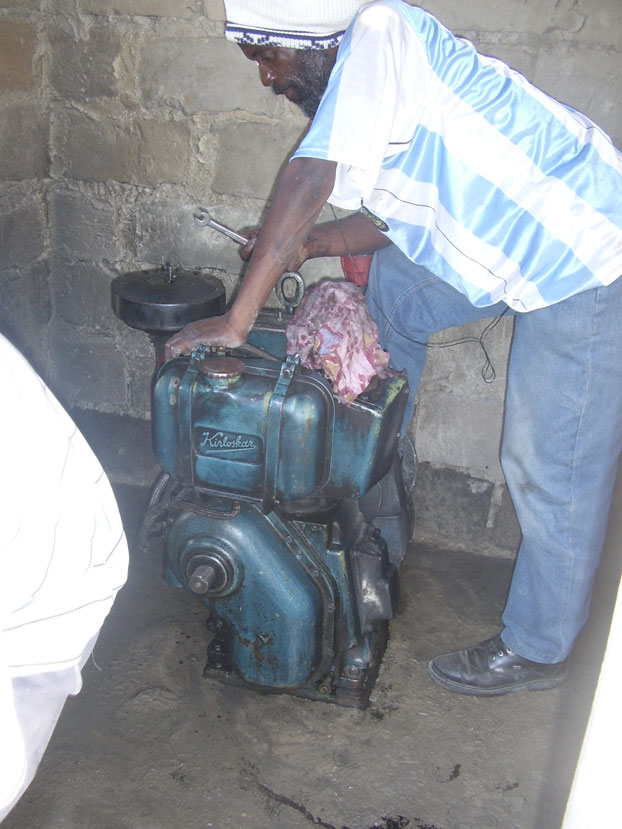 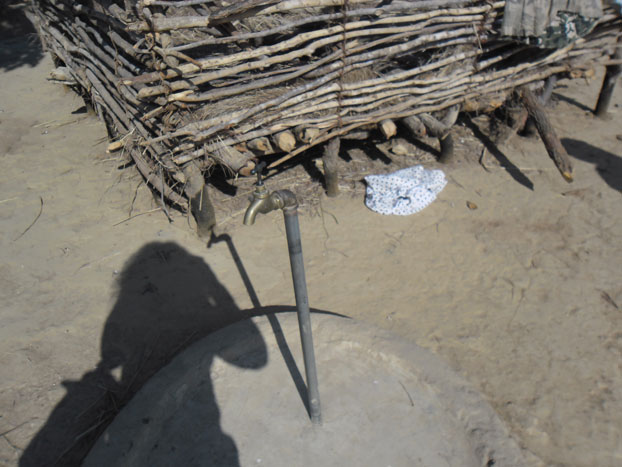